Posted at 04:04h in news, TUDOR USCC by john Kuypers

The team around Franz Konrad and Patrick Dempsey looks back on a gruelling qualifying session for the 24 Hours of Daytona. Marc Lieb claimed 13th position in the starting grid of the hard fought GTD class. Klaus Bachler, driving the sister-car, was less happy and had to settle on 25th position.

Hardly before, the competition in the most famous American endurance race has been as close as today. Although the lap time of Marc Lieb was only half a second slower than the best time, it was only enough for a starting position in the midfield. “Nevertheless we are satisfied with 13th rank”, explained Lieb. “Compared to other manufactures, the gap was a little too big, but at least we have been the second fastest Porsche in the field. Especially the progress we have made since the practice sessions makes me feel positive.” 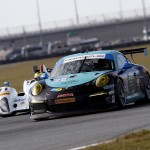 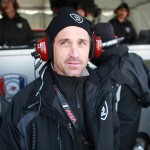 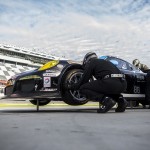 Klaus Bachler obviously appeared dejected after the 15 minutes of the qualifying. Behind the wheel of his black-green Porsche 911 GT3 America, the Austrian only managed to qualify on 25th position. “The session went everything else than well for us”, the 22-year-old was annoyed. According to team manager Franz Konrad the problem was about the black rubber. “Compared to last year it’s a lot more difficult. Our main concern is a tyre issue”, says the Austrian. “We have to analyze this problem in order to find a way to get rid of it.”

The race in Daytona will be started on Saturday at 2.10pm (20.10 MEZ). In the USA, TV-Stations “FOX” and “FOX Sports” will continuously report from the event in Florida. Also European fans will not miss the action from overseas. www.imsa.com, the official website of the event, provides a web-radio stream as well as live-timing. For all those who are under way, we recommend to download the IMSA-APP for smartphones, to stay in touch and up to date with the event. Here you can download it!