Posted at 17:44h in news, Porsche Supercup by john Kuypers

On Tuesday, October 15th, the team Konrad Motorsport received a terrible message. Only a couple of days ahead of the season final of the Porsche Carrera Cup Germany Sean Edwards, the former driver of our team, died during a coaching job in Australia.

Edwards’ membership in our team was an important period in the history rich in tradition of Konrad Motorsport. For the 2008 season, being just 21-year-old, the talented youngster changed from Great Britain to the German team. Already at his first steps in the Supercup at the season opener in Bahrain the Briton came in on 13th position, managing a result within the points right away. Only four races later, at his home race in Monaco, the youngster already claimed his very first Supercup podium. Making continuous progress he snatched his maiden victory still in the same season – on his favourite race track Spa-Francorchamps.

The years went by and meanwhile Sean Edwards collected further wins and podium finishes for numerous teams around the globe. In 2012 the “rough diamond”, like he was called by Franz Konrad, returned to the team Konrad Motorsport. Competing in the Porsche Supercup, he was involved in the battle for the driver’s title until the final round in Monza. As one of the highlights of this season everyone remembers his home victory at the Grand Prix of Monaco. 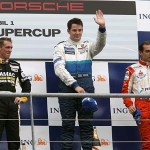 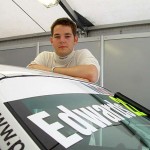 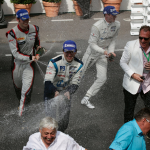 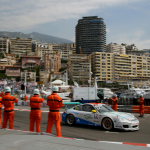 “The message hit me like a hammer. The fact that Sean has passed away really depressed me as well as the whole team Konrad Motorsport. I highly appreciated Sean not only as a race driver but also as a human being. He loved motorsports much more than everything else. I still remember him, joining our team as a greenhorn to compete in the 2008 Supercup season. With his unbreakable ambition and an iron will he wanted to enforce victories right from the beginning.

Together with Sean we have claimed great successes and furthermore as an opponent on the race track he was always a fair and straight sportsman. Racing was really his life. Unfortunately Sean has passed away much too early. He really was on the brink of his breakthrough, celebrating overall victories at the 24 hour races in Dubai and on the Nürburgring. I really would have loved shaking his hand to congratulate him for winning the drivers tile of the 2013 Porsche Supercup.

Dear Sean, thank you for the great time we had together! Loosing you has left us with great sadness. We will really miss and always remember you. Our thoughts are with his family and we want to express our deepest condolences to his relatives.”