27 Jan Disappointment at the season opener in Daytona

Posted at 13:45h in news, TUDOR USCC by john Kuypers

The 53rd edition of the Daytona 24 hours race ended up for Konrad Motorsport with great disappointment. In North Americas most popular endurance race technical problems spoiled the battle for a podium finish for the team full of tradition. Until the retirement the Konrad Motorsport temporarily even took over the lead in the fiercely contested GTD-Class.

That was not what Klaus Bachler, Rolf Ineichen, Christian Engelhart, Lance Willsey and Christopher Zöchling expected from the race: Instead of the highly coveted Rolex watch which each driver gets for a victory, the Konrad Motorsport quartet had to travel back home from Florida empty-handed. That was especially bitter for Christopher Zöchling, who was at the start at the Daytona 24 hours race for the first time, delivering a really strong performance right from the start. The 26-year-old claimed third rank in the qualifying session, missing the pole position only by a fraction of a second. 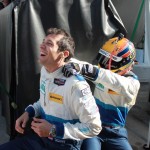 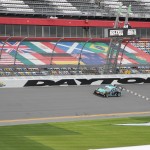 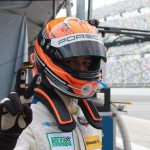 The Austrian, who resides in Bristol, came up with a strong performance also in the race. Right from the start Zöchling was involved in the battle for the top-positions. Afterwards his team mates tied on to the superb drive until after a couple of hours technical problems forced the team to retire from the race. “That’s the way it goes. Such a kind of setbacks belong to a 24 hours race. The team delivered a top-job and such a setback will not get us down”, team manager Franz Konrad draws a balance of the Daytona classic.