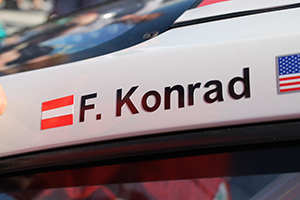 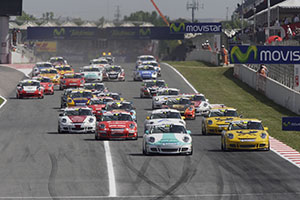 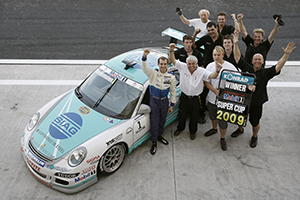 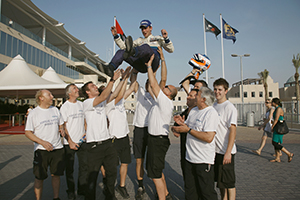 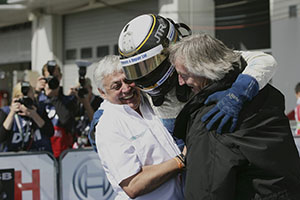 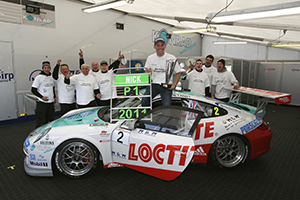 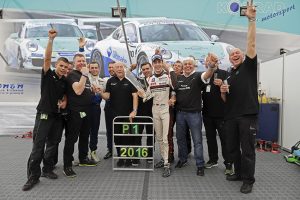 In 1976 Konrad Motorsport GmbH was founded by Franz Konrad in Verl (Germany). The Austrian-born has always dedicated his life to motorsports. During his active career Konrad won the German Formula-3-Championship, the 24 Hours Nürburgring, the European GT Championship and other series.

Over the course of the decades the squad around the charismatic race driver has developed into one of the top racing teams in Germany. Successes both on national and international level have made the team well-known around the globe. In recent years Konrad Motorsport has focused primarily on the Porsche one-make-cups – successfully. In 2009 the squad from Verl won the Porsche Supercup, in 2011 the Porsche Carrera Cup Germany.

During the following years Konrad Motorsport stayed at the forefront of the Porsche Carrera Cup Germany. Rolf Ineichen managed to win the B-class thrice in a row since 2013. The team experienced a succesful premiere at the Lamborghini Super Trofeo Europe in 2015 and directly placed second in the AM-Cup (M. Ineichen) and third in the PRO-AM-Cup (A. Amstutz). 2016 has again been a succesful year in the Lamborghini Super Trofeo Europe for Konrad Motorsport: Becoming fifth in the team classification and the PRO class (C. Zöchling) as well as twelth in the PRO-AM class (H. Hassid) attest us a great season. The most significant achievement was reached in the Porsche Carrera Cup Deutschland by winning the driver’s championship (S. Müller) as well as the team classification of the German one-make cup.